The nerves were heightened during the pre-battle preparation. “I have to win,” Brian stated resolutely, a solitary bead of sweat accompanying each practice swing. The competition was to begin in minutes. Brian finalized his strategy, whispering self-motivating chants to himself, throwing air punches in true boxer fashion. “Brian,” I said. “You’ve prepared for this. You know you’re ready.” We exchanged a glance of agreement and, suddenly, the sound of a door rattled the room and four footsteps followed. Without any delay, the game began. Brian and his opponent, Daniel, took their places on opposite sides of the course. I bit my nails on the sideline, watching in fear of the outcome. There can only be one winner. Would the bond between these siblings be permanently severed as a result of this? The participants exchanged penetrating glances. One swing. Another swing. The spectators bobbed their heads side to side in conjunction with the movement of the game. And, finally, the winning point. A victorious exclamation followed as Daniel took the game. Tension pierced the room from all angles. 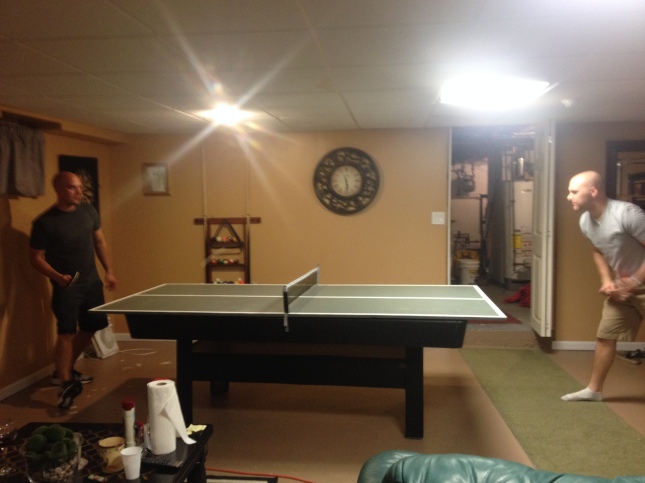